Skip to content
Home/On the Speaking Circuit with The LRG

On the Speaking Circuit with The LRG

Norman Scherzer was invited to speak at three prestigious events this spring; participating in a roundtable discussion, presenting a cancer survival plan, and speaking to a patient advocacy group. As a direct result of The Life Raft Group’s involvement in the Biden Cancer Initiative, Norman was invited to speak on March 26th at a Roundtable in Manhattan to discuss the growing disparity in cancer treatment that exists in urban areas. Former Vice President Biden spoke to the specially invited group, who then broke into smaller groups to brainstorm solutions to the challenges.

As the former Assistant Commissioner of Public Heath for New York City, and a Disease Management Consultant for the Center of Disease Control  (CDC), Norman’s experience in issues that are challenging for cities should prove valuable for the Biden Initiative.

Invited to speak at the Metropolitan Business Network in Manhattan, an organization comprised of a select group of business owners and senior level decision makers who represent a cross section of New York enterprises, Norman presented his Personal Cancer Survival Plan.

The plan was conceived in the early days of The Life Raft Group and is designed to provide a cancer agnostic outline of key tips to enhance survival from cancer. Many of the suggestions were a direct result of Scherzer’s work to keep his wife and other patients with gastrointestinal stromal tumor (GIST) alive.

The presentation was well received by the networking group. With cancer as the second leading cause of death globally, it is likely that many will have to deal with cancer treatment. The Personal Cancer Survival Plan has been helping patients and caretakers for over eighteen years.

Norman’s speech at the Biden Cancer Summit in September drew the attention of the National Breast Cancer Summit. On April 29, he joined a panel to discuss how patient advocates are leading science and pushing research agendas, most specifically, how advocates are leading and pushing for change and not sitting on the sidelines. The Life Raft Group’s focus on real world data and real world evidence is at the heart of how we continue to be a catalyst for change. His presentation, “Building a Model for Patient-Driven Research: The Story of The Life Raft Group”, provided an overview of how we impact patient survival. Potential collaborations were discussed, as the value in our model was well-received.

“I actually gave four talks recently. One so affected me that I had to walk away when I finished to compose myself. It wasn’t the conversations I had at the Biden roundtable on treatment disparity, although the issue is one that concerns me. It wasn’t the talk I gave at the Metropolitan Business Network, although that resulted in my helping a cancer patient the very next day. And it wasn’t the talk I gave to the National Breast Cancer Coalition, although meeting with survivors moved me greatly. Instead, it was the talk I gave to a spouse of a GIST Cancer patient who was very close to the end of life. She wanted to know how he was going to die and whether or not he was going to be in pain. Sometimes it is not the audiences of hundreds or thousands where the most impact takes place. Sometimes it is an audience of one that moves us most. Every talk we give makes a difference.”  – Norman J. Scherzer, LRG Executive Director 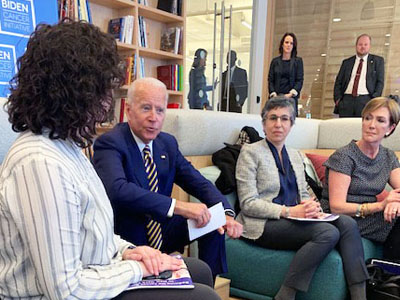 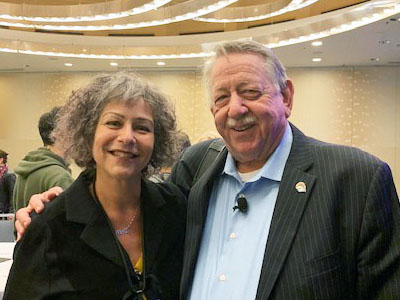 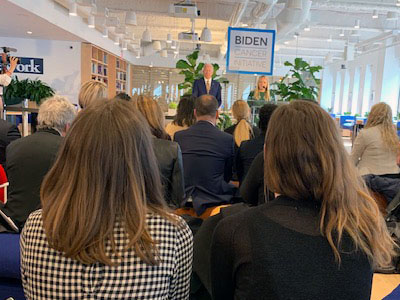